40 miles down a private road on a cattle farm, cowboys return to their camp after a day's work.

As indigenous territories have been taken over by soya farmers and cattle ranchers, many indigenous groups have been forced off their land, some on to marginal bits of land on the side of the road, and some have been surrounded by farms and cut off from the rest of the world. The 19 indigenous groups in Paraguay were nomadic hunter, fisher gatherers until recently. They have had their lands taken, the natural environment that they depended on for hunting and fishing has been destroyed, and their ability to move around has been prevented by privately-owned farms that forbid them to pass through. 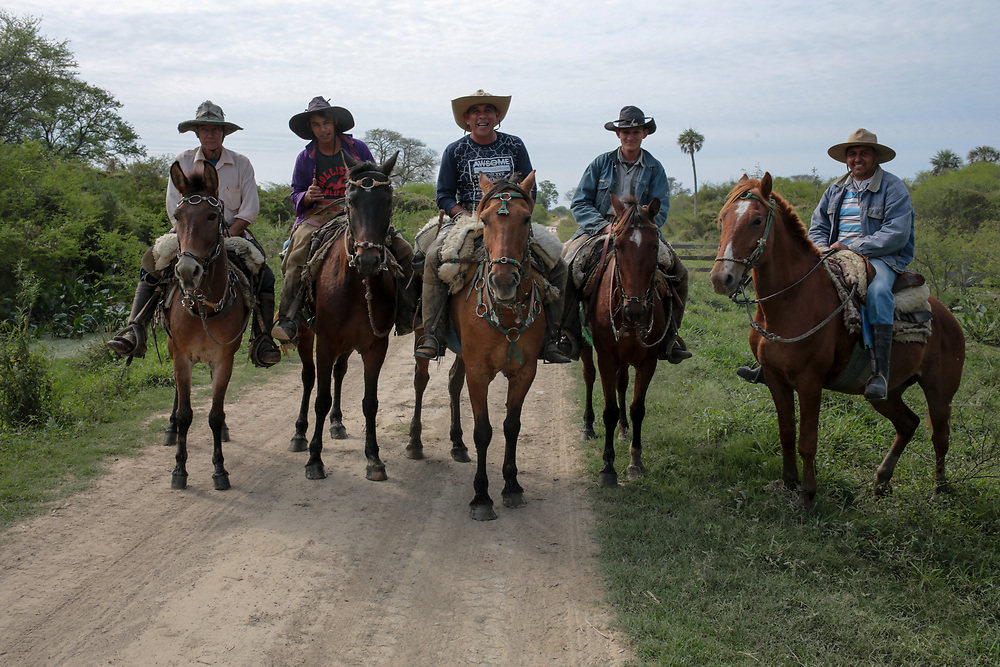