Two bombs went off in the crowd in Diyarbakir, Turkey, five people were killed and more than 400 injured were carried to ambulances. Violent attacks against Kurdish people are a motor behind displacement in the region. Under Informed Consent rules, the photographer would need to approach each of the people in the photograph to let them know how their images might be used. While it is feasible to do that, in this instance it would have had to be done in an ambulance, a Kurdish/English interpreter would be needed, and the unfolding of events around this scene would have been missed. 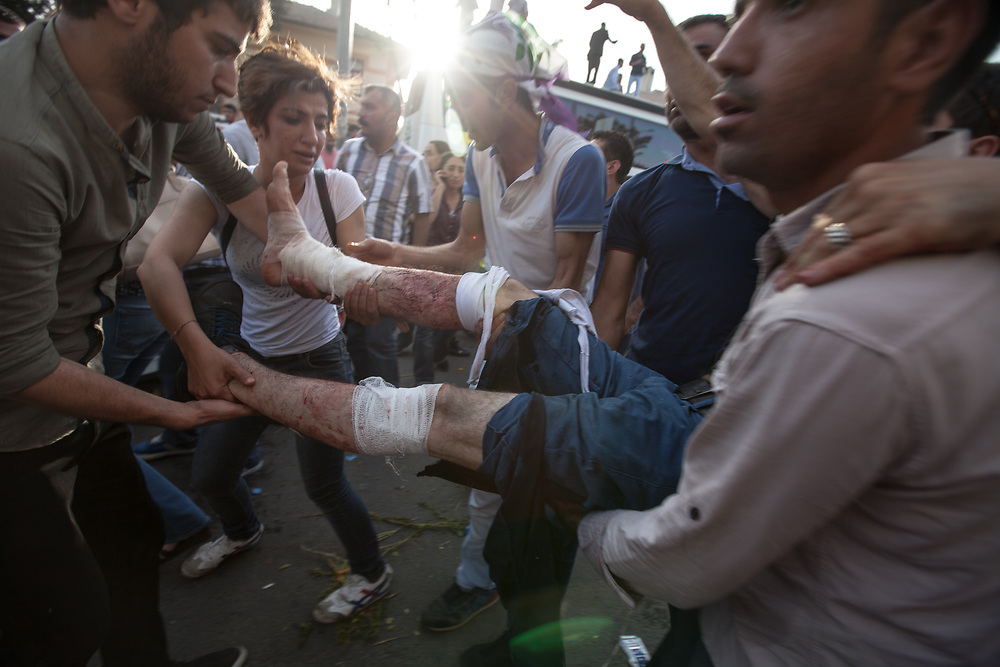