When it was opened in 1855, the Valo do Rocio canal - the Iguape shortcut - was only four meters wide and two meters deep. It was built as a shortcut for rice boats to get to ships on the coast, avoiding another 40km of waterways to get to the coast.

But the flow of water fro the Ribeira de Iguape and the traffic of boats deepened the canal and eroded its banks. Now the canal is seven metres deep and 300 meters wide at points.

It feeds into the Mar Pequeno, the sea channel between Iguape and Ilha Comprida. Almost 70% of the water comes from the Ribeira de Iguape, which previously only reached the Atlantic some 40 kilometers further north. All this fresh water has changed the physical, chemical and biological characteristics of Mar Pequeno, and it is now one of the South Atlantic’s most important nurseries of fish and crustaceans.

There is a plan to close the Iguape shortcut, but the impact this would have is unknown. Fishermen and others whose livelihoods depend on the fisheries in the area are concerned that there is insufficient concern about the impact of such changes.

The Movement of People Affected by Dams are involved in consultations to protect the river and marine environment and prevent an ecological and social disaster here.

Here a fisherman Miguel makes nets on the banks of the shortcut. 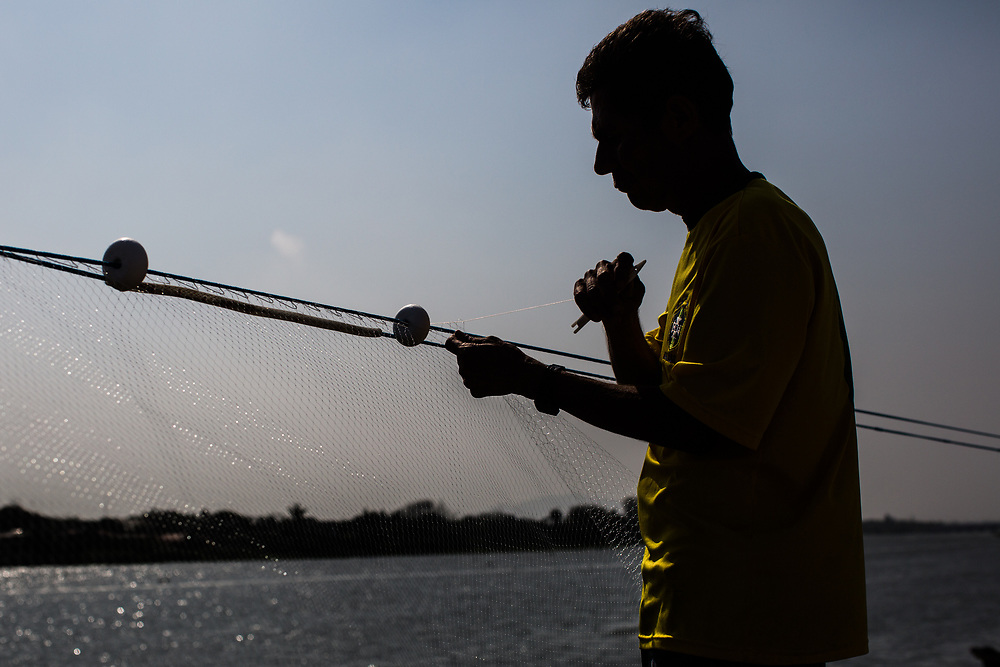