The remains of María Lida Mondol de Palacios, a victim in the massacre of the Palace of Justice in Bogota in November 1985, were finally put to rest. Maria Lida was the assistant of a magistrate. M-19 guerrillas occupied the court, everyone in the building was killed by the government, but there are many unresolved issues. Maria Lida, and others, were filmed being led alive from the building, but their bodies were later found dead in the building. Also, people who hadn't been in the building, who were tortured and killed elsewhere were found dead in the building, they were 'disappeared' and then 'appeared'. The priest who gave the church ceremony for the burial of Maria Lida arrived in a bulletproof car, he is in a protection programme because of the threats he gets for working with the families of victims of the 50 year war in Colombia. Peace agreements are being negotiated between the FARC guerrilla and it is hoped that the ELN guerrilla will also be included in the process. 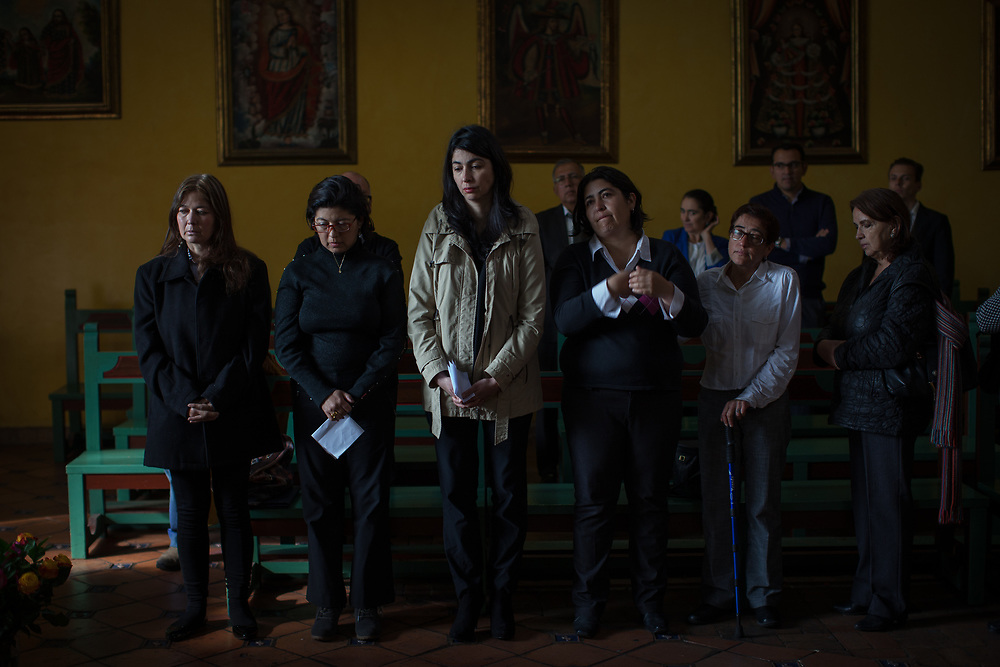